Planning for the Future 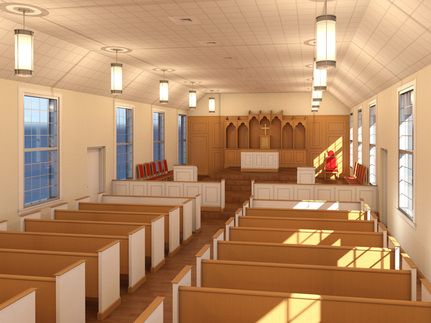 St. Patrick's began its expansion and renovation of the church in January of 2014.  We hope to be finished by January of 2015.  The expansion will roughly double the size of the nave.  It will accommodate roughly 200 when complete. 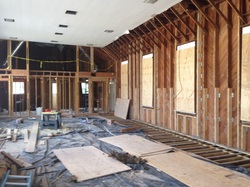 Shortly after the demolition to the church began, construction crews began to find evidence of termite damage.  At first glance it seemed like minor damage isolated to one corner.  Upon further inspection it was discovered the damage was more extensive than first believed.  Structural engineers were called for a complete evaluation and it was determined that St. Patrick's had near catastrophic structural damage.  Repairs to the floor structure, wall structure and balcony/steeple support were completed in July 2014.  The side chapel (to house organ, choir and columbarium) was backed out of the project in order to offset some of the cost of the repairs.  The organ and choir will be relocated to the back of the finished church and the columbarium (to be added later) will fit on the western side of the back of the church.